Lingua Greca was founded in 2012 by Catherine and Christos, freelance translators who decided to combine their Greek language talents. We were both born and raised in Greece, studied in the UK, worked as freelance translators in Greece for 13 years then immigrated to Canada in 2014. Below you’ll find a few more details about our background. 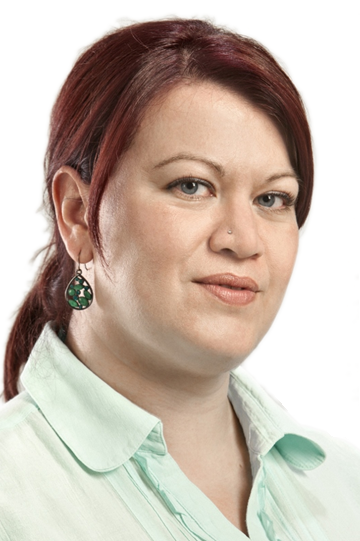 Catherine has been a full-time freelance translator since 2001 and co-owner of Lingua Greca Translations since March 2012.

She holds a B.A. (Honors) in French & German from Anglia Ruskin University in Cambridge, UK. Her studies included 6 months in Cologne, Germany, and 6 more in Paris, France. In addition to being a freelance translator in Greece after her university studies, she also worked in the travel industry for 3 years.

In 2006, she was awarded the Diploma in Translation (English-Greek) by The Chartered Institute of Linguists, UK, and in 2013 she passed the English-Greek certification exam by the Institute of Translation & Interpreting, UK. Her working languages are English (source) and Greek (target) and she specializes in Information Technology, Telecommunications, Medical/Pharma, and Technical texts. Check out her resume.

Christos has been a full-time freelance translator since 2004 and co-owner of Lingua Greca Translations since March 2012.

After 6 years in the UK, he returned to Greece in 2003 and worked as a training instructor and a consultant/speechwriter before starting his freelance translation business in 2004. His working languages are English (source) and Greek (target) and his specializations include Gaming/Gambling, Information Technology, Telecommunications, Medical/Pharma, and Technical texts.

Check out his resume.

CAREER HIGHLIGHTS
Since 2014: Committee member for English-Greek ATA certification (on hold)
2014: Translator of guide for translation buyers, Translation: Getting It Right, into Greek
December 2013: Won a poker tournament at Planet Hollywood Casino, Las Vegas
Since 2012: Member of Greek localization team for Apple software & apps
Since Aug 2011: Co-writer of Adventures in Technical Translation blog
Since 2008: Localization of various Gambling & Betting websites & products
Dec 06-May 08: Reviewer of Greek translations for Google Analytics & AdWords
Sep 05-June 07: Instructor, Crisis Management in Incidents of Bio-Terrorist Attacks
May 03-Aug 04: Advisor to the Head of the Department of Civil Protection, Heraklion
Contributor in the book Effectively Countering Terrorism

Impressed with our skills? Get in touch today for a free quote!