The State of Languages in the U.S. 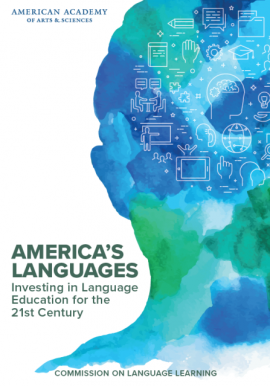 A report from the American Academy of Arts and Sciences has dramatically set the stage for the future of language education in the U.S. by examining current statistics.

Citing the decline in language learning across the U.S., the report, America’s Languages: Investing in Language Education in the 21st Century, urges a national strategy to make the study of foreign languages a higher priority in the American education system. Read the ATA Newsbriefs article “New Study Calls for More Language Learning” for details.

Following the release of the America’s Languages report, four U.S. congressmen introduced a bill in the House of Representatives to establish high-quality world language programs in America’s elementary and secondary schools. The legislation would authorize the Secretary of Defense, in consultation with the Director of National Intelligence and the Secretary of Education, to make grants to local and state school districts that want to “establish, improve, or expand” the study of world languages. Learn more about the bill.

This article was originally published in The ATA Chronicle, the monthly magazine of the American Translators Association (www.atanet.org). and it’s republished here with permission by the author.

One thought on “The State of Languages in the U.S.”