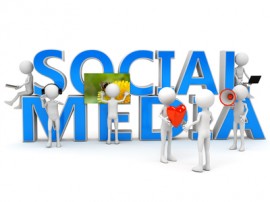 In the early days, it’s fair to say that social media platforms were little more than a place to hang out, discover what your close school friends have been up to (since you saw them a few decades ago), and perhaps waste an afternoon playing some sort of Farmville-esque game.

Fast forward a few years and not only has Zuckerberg’s brainchild saw its billionth member sign up, the various platforms have become a veritable hotbed of opportunity for brands, freelancers, and job seekers alike. That’s not to say social media should be your only port of call in the hunt for a new job or client, but creating a professional online presence should definitely be near the top of your to-do list.

According to a 2011 study by Jobvite, some 73% of 18-34 year olds found their most recent job through a social network. It’s a trend that is mirrored in how companies themselves are using social networks, with an incredible 89% of U.S. companies using social platforms for recruitment purposes and 55% planning to invest more in hiring via social media during 2012.

Unsurprisingly the career focused platform LinkedIn is used most successfully for recruitment purposes. Indeed some 73% of all social hires reported in the Jobvite study was via this platform and, as such, this should be the starting point for most opportunity seekers hoping to strike it lucky on the career front. Using LinkedIn successfully might begin with ensuring you’ve created a stellar profile, but it most certainly doesn’t end there.

A little bit of digging on LinkedIn could well uncover some helpful facts. If you’re interested in working with a particular company, some careful analysis will tell you exactly where their existing employees or freelancers came from, what sort of backgrounds they have, and perhaps what was sufficiently attractive about their career history and expertise to land them a job or contract in your dream company. There’s also the opportunity to solicit positive recommendations from previous employers and clients, join relevant groups, and of course put yourself straight in front of the hiring manager. Social media is not about being shy.

Despite its clear advantages, you shouldn’t limit your online presence to LinkedIn. According to the Jobvite survey, 64% of companies use two or more networks. Admittedly Facebook and Twitter trail behind LinkedIn in terms of percentage of social hires originating from these platforms at 20% and 7% respectively. Still 7% is 7% and what’s to say that you won’t fall into that number. If nothing else, it proves that it is possible to get jobs through Twitter.

Finding a new opportunity through Facebook or finding a new client via Twitter is not just about having an account. It’s about building up a reputation as being knowledgeable in your particular field. It’s about showing a little of your personality and creative side; something which is probably a little easier to do on these platforms than it is on LinkedIn.

To that end, you won’t want to rule out adding Pinterest into the mix either. This relatively new platform is all about creativity and gives you an unequalled opportunity to show potential employers what gets you excited. As a translator, you could create country-specific pinboards, or pinboards devoted to your particular area of expertise. According to CareerBuilder, some 37% of employers scope out potential candidates on social media, with 65% looking to see whether the candidate presents themselves professionally online and 51% trying to determine whether or not the candidate would be a good fit.

There is little doubt that there are plentiful opportunities to be exploited via the various social media networks. You get to present a rounded version of you to potential clients, employers, and recruiters, and to that end, it’s up to you to make sure that they like what they find.

Linda Forshaw is a Business Information Systems graduate from Lancaster University in the UK. A contributor to DegreeJungle, she is a full time writer and blogger specializing in education, social media and entrepreneurship. Contact her on Twitter @seelindaplay.