What REALLY Happens To Human Translators When AI Steps In

Translating between human languages has always been something that humans could do naturally. However, with the rise of artificial intelligence – specifically machine learning – technology has already been proven (somewhat) to have translating abilities. This has led to the speculation of whether or not human translators will lose their jobs to “a machine.”

However, other experts suggest that neural machine translation (NMT) programs will only augment, rather than replace, human professionals. While this technology has slightly improved over the years, there is still somewhat a need for human translators.

So, how will we know if AI will take over translation, and have human translators jobless? Or, if AI will succeed at the very end?

How Did We Get Here?

First, we must understand how we got to AI translating in the first place.

In its early two years of being a concept, translation technology would produce something that would, at the very least, give users a general understanding of what a text meant in different languages. However, in most cases, a human professional translator will recommend translating from scratch, rather than succumb to a confusing technically-generated output from a translation program. Even as companies like Google, Bing, and Amazon have now implemented NMT in their translation engines, that still tells you that there are always humans behind the scenes fine-tuning such engines.

What Does AI Translation Take?

When training a neural machine to translate between languages, all it needs is to be fed a large amount of material (data), in whichever languages that people want translated between, into the neural net algorithms. However, just because humans will feed this data into the algorithms, doesn’t mean that translation experts will be on the run for their money.

Though, there is still a bit of concern about the state of jobs, when it comes to human translators… or is there?

The current state of affairs, when it comes to machine translation, provides the truth.

In fact, many translation companies are yet to find machine translation useful, despite there being thousands of both offline and online translation software that people can use (with some software that can be bought for just a few bucks). However, even the most expensive and praised software will offer a confusing translation, which can lead users to getting misleading and even wrong information.

While several translation companies have already conducted experiments, comparing computer translating software to human translators, there have been issues that have surfaced during experimentations. When being tasked to translate various documents, computers were allowed to translate them first, before allowing human professionals to go through them and make any corrections where necessary. However, the human translators had found it hard to scan for any need for corrections, and that using computers to translate something was no different from doing so from scratch.

So, what’s the difference?

Machine translation goes by an experience-based approach or a rules-based technique. Whereas, human professionals, as mentioned, do their translating from scratch. And, even when companies tend to use machine translation to cut costs, it’s not smart to solely rely on technology to do something that only a human can do. In fact, human translators use sophisticated hardware and software, while offering exceptional services that machine translation can’t give you. 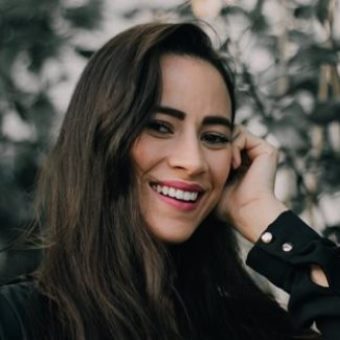 Ashley Halsey is a writer and editor at Luckyassignments Manchester and Gumessays.com. As a professional writer, she has been involved in many projects nationwide. In her spare time, she likes to read and travel with her two children.

The Isolation of Freelance Translators
December 18, 2017
Do you need English-Greek translations?