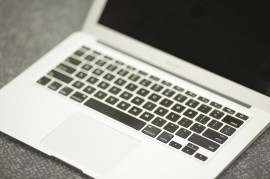 There is nothing like an acronym to throw a roadblock into an otherwise simple translation project. The alphabet soups that some organizations churn out more efficiently than their own products can boggle even native speakers. Where do you start with a handful of letters often confuse even supposed experts?

A reporter from Korea noted that General James Thurman tried to ban acronyms from use[1] noting that an acronym like “AA” had at least 12 different meanings “‘Build AA (Anti Aircraft) network in AA (Assembly Area) using AAA (Anti-Aircraft Artillery),’ no layman would understand what it means. ” The problem is that as translators we are not quite laymen, not quite specialists. Even specialized translators rarely have the luxury of specializing as deeply as do the people who wrote the documents we translate. Unlike General Thurman, we do not have the option of ordering acronyms not to be used in our presence. However, there are some strategies that we can use to solve these puzzles.

First: lay out the pieces of the puzzle. Read, or more realistically, skim the entire document before you start and make a list of the acronyms you find. While most documents to be translated do not follow the convention of showing the expanded acronym the first time it is used, you may get lucky and find the full name used later in the document. I once found the acronym LLN to be cryptic until I ran across a reference to the city of Louvain-la-Neuve. No amount of logic could have untangled an acronym like that.

Go to the source

Find an industry website and look for acronyms or proper names. You might get lucky and find an already translated acronym, but it is almost as useful to find the acronym expanded. In the best case scenario, you could find a target language version of the official website (ex: ECOWAS).

The website for the European Union is available in 23 different languages. Most official websites are not this thorough, but this is still a good strategy. If the acronym is not translated, consider translating the acronym in parenthesis for informal documents. In order to find industry jargon, try looking for lists of acronyms by searching Google for the company website or the name of the industry plus the word acronym in either your source or target language (ex: “real estate” + acronym).

Your standard dictionary or even so-called unabridged dictionary is unlikely to have acronyms. However, specialized dictionaries contain acronyms in their appendix or within the body of the dictionary itself.

There are many linguistic resources available online and it would be difficult to list them all for each language combination. However, sites such as Termium (English, Spanish, and French) and IATE do a better than average job of showing acronyms. Note: Termium both lists acronyms in its main dictionary and has a separate acronym dictionary.

These do not necessarily need to be multilingual. Remember, even if we only find the expansion of an acronym, what we have really learned is what that acronym means. As translators, we should be able to take it the rest of the way from there. See the reference section below for examples of French, English, and Mulitlingual sites. You can also find these sites in your language pair(s) by searching for the word “acronym” in your source and target languages. Remember that while the end goal is to find the target acronym or term, finding an expansion of your source acronym is often all you need to be able to look up a term in a regular dictionary – or even remind you of the target term.

You can always ask for help, but check first to see if a fellow translator has already stumbled with the same term and found a solution. Try searching the KudoZ section of ProZ.com or the Forums in Wordreference.com. The answers you will find in these places are not to be considered definitive, but they can certainly give you ideas that you can then try to confirm with some more targeted searches.

Consider the possibility that the acronym is already in English (or your target language).

It seems too good to be true, but in some fields this is quite common. French has borrowed many English business acronyms and English uses borrowed French culinary terms. If the meaning and the context make sense, you may have just saved yourself a step. But…

Some acronyms are used in multiple languages with different meanings. Just because an acronym is found in your target language, does not mean it is correct. Always check the context.

I usually start with the simplest of search techniques by typing the acronym alone into a Google search window. If this works, great! Otherwise, if you can guess one word of an acronym, combine a search on the acronym with any words that you can decipher. Use the “Advanced Search” found at the bottom of the standard Google page to select results that only contain both the acronym and the suspected term[2]. As an example, you might be able to guess from context that “TVA” has something to do with taxes. Search on “TVA + taxe” and the number one result is a Wikipedia entry on “Taxe sur la valeur ajoutée.” This would literally be “Tax on the Value Added, ” but It is not much of a stretch to figure out that this is a Value Added Tax or VAT.

Restrict your language choice to the source language by using “Advanced Search” again and selecting the desired language. I have also found good results by searching in my source language (French), but restricting the language for search results to my target (English). This is a good technique for finding previously translated documents.

This should not work and it usually does not, but – in two close languages such as French and English where the order of the adjectives and the nouns are reversed, it is amazing how often the translation for an acronym such as RH (Ressource Humaines) is reversed to HR (Human Resources). Use this approach carefully. Verify that the target acronym actually exists, that it is used in the same context as in the source, and that the meaning makes sense.

Once you have done all the searches you can, ask on ProZ, ATA Translation division mailing lists (such as ListeFLD), ask colleagues, and even subject matter experts. Check with your client for additional reference material or specific preferences. This could be a term used in one specific place with one specific meaning. Some acronyms are used by one division of one company. In this case, it may be better to leave it in the source language.

And finally, if all else fails – Sleep on it

For less obvious acronyms, sometimes you just need to give your subconscious time to work on a problem. Tight deadlines can make this tough, but that is another good reason to read through the document first to find the troublemakers. If you want to be really clever – email a colleague, ask a question on a mailing list, post a KudoZ question on ProZ and then take a nap. One way or the other, you should have the answers when you awake.

Translating these tiny little fragments of language can be difficult, but it is not impossible. Start with these steps and see if you can add a few of your own. Remember that like the General in Korea; even native speakers can stumble over acronyms. Now if only we could order our clients to stop using them…

Want to learn more? Jenn Mercer will be giving a presentation on “ATS: Acronym Translation Strategies” at the 54th Annual Conference of the American Translators Association in San Antonio, Texas, in November.

Author Bio
Jenn Mercer is a French to English translator specializing in Business, Legal, and Financial translations. She has published translation articles in the ATA Chronicle and CATI Quarterly. Jenn is currently serving as a member of the Board of Directors for the Carolina Association of Translators and Interpreters.
Website: www.jennmercer.com
Email: jenn@jennmercer.com
Twitter: @JennMercerFE

[2] The previous version of this article printed in the ATA Chronicle recommended using the “+” operator to perform this same task. That operator has been discontinued and the Advanced Search page is now the only way to carry out this specific search restriction.

This article was originally published in The ATA Chronicle (July 2012), the monthly magazine of the American Translators Association (www.atanet.org).