Two to Tango: Tips for Project Managers from a Freelance Translator (Part II) 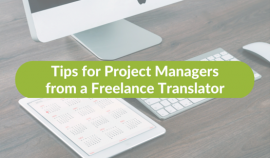 Check out Part I of this article.

Assignment Stage
At last, an agreement is reached concerning all of the project parameters, terms, and conditions, and the project is assigned to a specific freelance translator. For the sake of simplicity, let us assume that this is a legal document featuring plain text and that the deadline, as is frequently the case with legal documents, is very tight.

The freelance translator is well into the project when the following message arrives from the project manager: “The client has made some minor changes in the source document.” This message is accompanied by a file similar to the one shown in Figure 1.

Minor changes? Does the project manager understand that revisions sometimes take more time than the translation itself—especially in languages where the replacement of one word may require changing the case or gender endings of five or six words, or even the entire sentence structure?

Another example of how a project can go astray is neglecting to pass on feedback from the client that the freelance translator may need. This includes, among other things, clarification of certain internal corporate jargon phrases, references to facts and circumstances not widely or publicly known, or other extralinguistic information. Any delay in or lack of such feedback may become a major complication in the freelance translator’s work process and could even lead to re-translation of some parts of the text—again, at the freelance translator’s expense. Regrettably, many project managers often disregard the importance of such feedback and fail to press the client hard enough to get prompt replies.

Remember that the post-assignment stage is the period between submittal of a completed project and the payment of a freelance translator’s invoice. Unless clearly and explicitly stipulated and budgeted in the work order, the above queries are based on the project manager’s implicit premise that the freelance translator’s failure to respond might serve as a pretext for partial payment or even nonpayment. Meanwhile, the freelance translator assumes that his or her obligations have been fulfilled once a completed project is forwarded to the project manager on time. Again, this expectation gap could have been avoided if the project manager had clearly itemized (and budgeted) these additional tasks in the work order. (See Figure 2 for an example.)

As my daily practice shows, most of the project manager’s faults are unintentional and stem from a poor understanding of translation process mechanics and parameters. Much worse are the intentional practices of some project managers, such as the unwillingness to share all of the project details with the freelance translator in advance, incremental escalation of project requirements, and moving the deadline on the fly.

Creating a Project Brief
Except for unusual or unpredictable situations, the interaction between a project manager and freelance translator can be made smooth, clear, and open when a project brief is used. By brief, I mean a statement of the work to be done that contains detailed project parameters and requirements. These are usually prepared by the project manager and forwarded to the freelance translator for bidding and/or actual translation. Specifics that should be included in a project brief vary according to the project, but the three most common details that tend to get omitted (at least in my experience) are listed below:

1) Project managers tend to imply conveniently that, after typesetting the translated material, the translator is obliged to review the resulting PDF file, compare it with the original, identify any flaws introduced by the typesetter (incorrect hyphenation, omissions, split sentences, etc.), mark them (sometimes even with explanations), and return the file to the project manager. (It is not uncommon for the project manager to send the same file to the freelance translator, again requesting that he or she check to make sure that all of the corrections have been made properly.) The same happens when the project manager requests that the freelance translator review the editor’s or in-country reviewer’s notes, comments, and suggestions and provide justification for the terminology used and stylistic preferences, while silently assuming that this is the translator’s obligation.

2) For whatever reason, the project manager fails to mention that all units of measurement must be converted from the British imperial system into the International System of Units, or vice versa. Unless factored in, budgeted, and stated explicitly in advance, this type of omission in the project brief can result in many hours of unpaid work by the translator.

3) It is not unusual that when the translator is approaching the end of the project, the project manager forwards the project glossary or other reference material received from the client and requests that the translator make his or her translation fully consistent therewith. It should be noted that in most languages other than English a simple search-and-replace technique will not work for this type of request. In order to replace one term with the one suggested by the client, the translator frequently needs to change the endings of several words (adjectives, verbs, etc.) associated with the term in each sentence. Again, this takes substantial extra (and often unpaid) time.

If the project manager does not provide such a statement of work, the freelance translator must have his or her own template for inquiring about project parameters and requirements.

This makes it possible to:

A good resource for drafting a project brief is European Standard EN 15038, Translation Services – Service Requirements, specifically Annexes AE, wherein project registration, technical pre-translation processing, source text analysis, style guides, and added-value services are detailed.2 Although EN 15038 certifies translation service and not process management (as is the case with ISO 9001), it establishes a framework that adequately covers a number of project management issues that should be reflected in the project brief. Using this type of framework will help facilitate substantial improvements in the project manager/freelance translator interaction process and save time as well as money.

Here are five aspects of a project that a freelance translator should ask about before accepting an assignment:

Unless defined in advance, each of these five factors can appreciably change both the time and labor required to complete a project

Conflict-Free
To summarize, smooth and conflict- free project completion is based on two major premises. First, all project requirements and parameters should be made explicit and spelled out in the project brief or statement of work as an integral part of the work order. Second, while preparing a project brief, the project manager should step into the freelance translator’s shoes in order to assess properly the time and labor required at each phase of the project.

One measure a translation agency might want to consider to ensure that their project managers fully understand the specifics of translation is to invite translators to give a presentation about their work process. This would allow both sides to learn the challenges each faces and to discuss potential improvements to the way they interact. Such a mutually enriching experience could substantially contribute to an agency’s performance and the bottom line.

This article was originally published in The ATA Chronicle (October 2014), the monthly magazine of the American Translators Association (www.atanet.org). 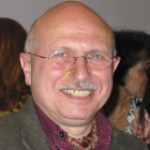 Igor Vesler was a senior research associate at the Ukrainian Institute of Scientific and Technical Information in Kyiv, Ukraine, from 1973 to 1989, and the manager of production and product development at the American Institute of Aeronautics and Astronautics in New York from 1990 to 2000. Since 1975, he has been a freelance Russian and Ukrainian legal and technical translator and interpreter. Currently, he is an independent consultant at Diken Research (New York City), a language services provider for industries such as oil and gas, nuclear engineering, aerospace engineering, and international banking. An ATA-certified English>Russian translator, he is also accredited by Berlitz International as an English>Ukrainian court interpreter. In addition to ATA, he is a member of the Israel Translators Association and the American Institute of Aeronautics and Astronautics. Contact: vesler@gmail.com.

20 (or so) questions on how Laura (@LanguagebyLaura) worksTwo to Tango: Tips for Project Managers from a Freelance Translator (Part I)

One thought on “Two to Tango: Tips for Project Managers from a Freelance Translator (Part II)”