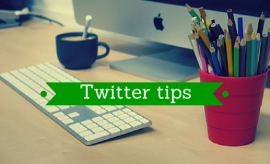 Aside from LinkedIn, Twitter is my preferred social network, and it can also be very productive — productive for networking with colleagues, for meeting clients, and for publicly displaying who you are and what you stand for.

In relation to other forms of social media, it’s also less unproductive because it doesn’t necessarily require you to read never-ending posts (though it might lead you to some of those), and you’re supposed to express yourself in 140 characters or less (though finding just the right way to say it within those constraints can take some time!).

I’ve looked at some colleagues’ tweets in the last couple of weeks and noticed a couple of tips that might be worth repeating:

Here are some other helpful tips (most of them relate to the non-mobile web version of Twitter):

Finally, make sure that you don’t just gain colleagues as followers but also potential clients. Think of Twitter as your interactive, ever-evolving business card. You’ll be glad you did.

This article was originally published in The ATA Chronicle (January 2015), the monthly magazine of the American Translators Association (www.atanet.org). 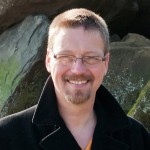 Jost Zetzsche is an English-to-German translator, a localization and translation consultant, and a widely published author on various aspects of translation. He writes regular columns in the ATA Chronicle and the ITI Bulletin; his computer guide for translators, A Translator’s Tool Box for the 21st Century, is now in its tenth edition; and his technical newsletter for translators goes out to more than 10,000 translators. In 2012, Penguin published his co-authored Found in Translation, a book about translation and interpretation for the general public. You can find his website at www.internationalwriters.com and his Twitter handle is @Jeromobot.