Tips for pitching translations to publishers 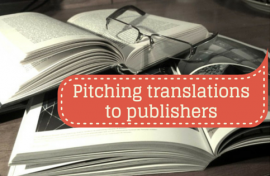 If you think literary translators are shy, retiring people, go along to a pitching event. On 4 June, an audience of translators, publishers and others with a passion for European writing gathered at the Free Word Centre in London to be informed, entertained, moved and enthused by the eight finalists in the European Literature Night’s Translation Pitch event. The aim of the evening was to support and promote the work of European writers who had not yet had a complete work published in English, while offering a public platform to emerging translators.

Only 3% of books published in English are translations, so it is a challenge to get your favourite taken up. But with advice and practice, translators can learn how to present effectively and enthusiastically, and edge our way forward to book-length contracts, which is why programmes such as the European Literature Night (ELN) are so important.

Launched in 2009 at the British Library, the ELN has been extended for the first time this year to cover two weeks of events in 24 major European cities. Initiated by the European Union National Institutes for Culture (EUNIC) and the European Commission Representation in the UK, and chaired by journalist Rosie Goldsmith, it provides a showcase for some of the best new writing from across Europe.

The journey to the ELN Translation Pitch: New Literary Voices final started as far back as autumn 2014, when translators were alerted to the opportunity. I heard about it at the International Translation Day’s Perfect Pitch session*, at which I was placed joint runner-up. This was late September and submissions had to be in by early January.

This gave us a realistic period in which to select a book, prepare a sample translation and develop the written pitch. The organisers asked for much the same details as a publisher would expect:

Of 61 submissions from 21 national literatures, eight ‘pitchers’ were selected (see box-out for details)**. The winning translator, Angela Rodel, went on to receive support and promotion from English PEN and Free Word, including a £250 PEN Samples grant and an interview published online. Translators Anne Posten and Andrea Reece received commendations.

Learning from experience In the last 18 months, I have taken part in three pitching events, and I find that preparing a pitch – whether written or verbal – is an excellent way of concentrating the mind on what it is that could attract publishers and readers. Although the restrictions imposed by space (if preparing a pithy written pitch for a busy editor) or time (when preparing a two-minute slot) are a challenge, this is a good exercise in paring down.

Two factors made the ELN pitching event different. Firstly, the inclusion of professional actors to read – or should I say perform – the translation samples. Their rendering of the extracts was made all the more powerful by the small auditorium. Secondly, the organisers had provided a template to help us structure our submissions. I found this particularly useful and have since used an adapted version to prepare submissions for publishers.

So what were the judges looking for? Max Porter, Senior Commissioning Editor at Granta/Portobello, told me he wanted something ‘electrifying in any language, something with real linguistic energy and political fire. I want to fall in love.’ Most editors wade through ‘so much of the same’ every day, he explained. Yet this passion has to be supported by a concrete proposal that can persuade a sales department to take the book on. The panel put some tough questions to those pitching and Max frequently asked about the market. ’Give me a market steer,’ he demanded of one contestant.

Kerry Glencorse, Literary Agent at Susanna Lee Associates, tended to focus more on plot. When someone has to ask ‘But what actually happens in the book?’, you know the summary has not been great. ‘People need to be told in a sentence what the book is about,’ Max explained, adding that it is important to be convincing about the relevance of a book to a ‘saturated’ English-language market. Stefan Tobler, Founder of And Other Stories, emphasised the need for a ‘hook’.

After the event, I talked to Angela Rodel by phone from her office in Sofia, and asked her about her winning pitch. Zarev’s writing can be ‘heavy, philosophical, so I chose this extract for something lighter,’ she explained. I wanted the actor to be able to do it as a performance, and the use of the first person meant the actor could get into the character.’

Angela has already translated several works from Bulgarian to English, and has observed a shift towards the longer novel in the last ten years. I asked what advice she would give to those hoping to break into literary translation. ‘See it as a long-term investment. You might have a sample ready for five years before the right publisher is there at the right time. Don’t be discouraged. Cultivate your links. And be very patient.’ Angela has received support from the Elizabeth Kostova Foundation and suggests that other translators investigate similar opportunities for their language pairs.

In the business of pitching, I believe there are two paradoxes. The first is the ‘whizz bang wow’ factor that we are encouraged to strive for contrasted with the need to identify a work that people will still want to read several years in the future. The second is publishers (and the reading public) saying that they want something ‘different’ and yet wanting to know which authors or works each book resembles.

Events such as these, and the wider ELN programme, are important not only to those with a professional interest, but also to the wider public, as they provide a chance to hear about new authors and the insights they can bring to our lives. As Erica Jarnes, English PEN Programme Manager for Writers in Translation, said in her welcome, such an occasion can ‘bring more voices into the global conversation that is literature’. Look out for the eight featured translators and their books: I wish them every success.

Notes
* For information about International Translation Day 2015 at the British Library on 2 October, see www.bl.uk/events/international-translation-day-2015
** For details of the selection process, see Chitnis, R and Harvey, R, 21/5/2015, ‘Lost and Found: Shortlisting for the European Literature Night Translation Pitch 2015’. Available at www.englishpen.org/translation

Reblogged with permission by the author
This article was originally published in The Linguist (Vol/54 No/4 2015), the bi-monthly journal of the Chartered Institute of Linguists. 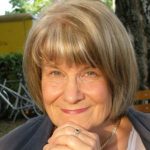 MCIL has been a translator since 2010 and specialises in German-English literary translation. Her first full-length book, Christoph Fromm’s Stalingrad: The Loneliest Death, was published in May. She is also a tutor for the DipTrans.

2 thoughts on “Tips for pitching translations to publishers”