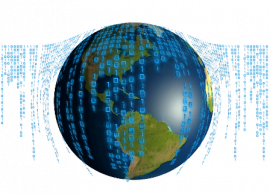 Have you ever checked out the meaning of “localizer” in a dictionary? Well, according to Collins dictionary, it means “a directional radio beam sent from the beginning of the runway and used to align an incoming airplane.” When I tell people that I am a localizer, I often get this blank expression or a smirk indicating “I don’t have a clue what you are talking about!”

Indeed, it’s about time localization gets demystified, since it’s present in our daily lives without us even realizing it. When a company wants to endorse its product in Portugal, a well-known Portuguese soccer star like Cristiano Ronaldo would be an obvious choice, but if the same company wants to endorse the same product in India, they would probably opt for a famous Bollywood actor or a famous cricketer.

My journey into the language industry actually began when I moved from Lisbon to Bangalore. It all happened by chance, as Portuguese is my mother tongue and I had also done the diplôme supérieur in French. I was approached by a pharmaceutical company that needed someone skilled in Portuguese and French. Once you are in the localization industry, you realize that there is so much to explore, especially in terms of career opportunities. I started as a technical translator and then became a localizer and tester on the client side. Later I moved to the vendor side handling the quality assurance (QA) department and subsequently managing the localization and testing department. Currently, I am back on the client side developing strategic partnerships. The localization industry has a wide range of career opportunities, and it is not only limited to linguists. The fact that I had a degree in economics has helped me immensely in leadership.

I have come across many university students who are pursuing a language career because they want to become translators. Unfortunately, many of them are unaware of the other career opportunities in localization beyond the traditional translator’s position. These include translator; interpreter; localization tester; project manager; QA professional; localization engineer; account manager and more.

Someone who has a flair for sales can get into localization sales or even become an account manager. People who are into project management can pursue a role as project coordinator or project manager. Another area that is gaining momentum is language technology. Language technology is closely connected to computer science and general linguistics. If you are passionate about linguistics and terminology management, you can become a terminologist. And if you are the creative type, there is also a career opportunity for you: transcreation.

According to Common Sense Advisory (CSA Research), the size of the overall global language industry in 2016 was estimated at $40 billion, with estimates of up to $45 billion by 2020. This includes a projected growth rate of 6.5-7.5% annually through 2018.

I was very excited when my son came from school the other day and said “Mama, I finally understand what you do! Today’s class was about globalization and how it’s important to adapt things to one’s country and culture.” So now he proudly tells all his friends, “My mom is a localizer; she helps companies go global.”

This article was originally published in Multilingual magazine, September 2017 edition, and it’s republished with permission by the author.

Sarita Desai is a consultant at Netzmarkt. She began her career in localization on the client side and later moved to the supplier side with Mayflower Language Services. She hails from Lisbon and has background in economics.

2 thoughts on “Becoming a localizer”