Do we respect our own languages? Part 3 (French) 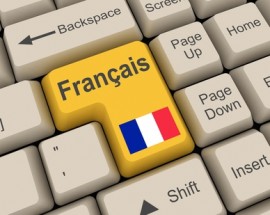 In parts one and two, we learned how many native speakers of English are proud of their own language after studying the intricacies of it whilst many of those who haven’t at least feel content that the world is speaking their language. Younger native speakers of German, however, don’t seem to have as much respect for their language given the contemporary influences of English. What’s the story with Romance languages?

French has long been at battle with English for linguistic hegemony in Europe, often as the first choice of most pan-European institutions as a co-official language with English.

I feel that the French have always been a proud nation. Regional languages are prevalent across the land, from Brittany to the Basque Country and from Alsace to Occitania. Nonetheless, national unity is still apparent, strengthened by the Revolution and by De Gaulle. Does this sense of pride stretch into their own language? 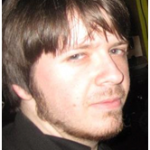 Valentin Gréselle is studying English at university in Toulouse. “Yes, I believe most French people have respect for the French language because of the way foreigners see it: the language of love, the language of French cuisine and of mode [fashion].

From my point of view, French is great because of its former international status and “francophonie” [the union of French-speaking countries]. It might also be simply because it’s our native language after all. So, I think they are definitely proud to speak it!”

As young Europeans are embracing English more and more, to what extent is this happening in France then?

“I’m pretty sure that, no, they wouldn’t prefer to speak English, first because of pride for the country, but also because a lot of people just don’t care about the English language in France.”

This is better news, sort of. Personal experience also proves that, unlike in some countries, a French person will speak back to you in French rather than English. I hope that France continues to set this example by holding its head high and saying ‘yes – we believe in our language’.

Part four will examine how the hundreds of millions of Spanish speakers over the world see their own language.

In 2009, as part of a university project, he investigated the extent to which Occitan language and culture is still relevant to contemporary life in Toulouse and the south west of France. He has travelled extensively around the countries where these languages are spoken and has lived in Cardiff, Newcastle, Toulouse, Munich and Alicante. He blogs on his website (http://capital-translations.co.uk/) about matters relating to Western European culture, language and linguistics.

3 thoughts on “Do we respect our own languages? Part 3 (French)”