Do we respect our own languages? Part 4 (Spanish) 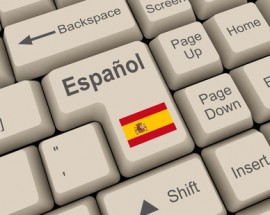 In parts two and three, we saw how younger native speakers of German don’t seem to have as much respect for their language given the contemporary influences of English, whereas the French remain relatively proud of their tongue. What about Spanish?

Initially, I imagined the case with Spanish speakers to be a tricky one as we have multiple Spanish-speaking countries. What a Spaniard thinks may well be completely different to how a Mexican feels.

I asked native Chilean Marcelo Espinoza Villacura, currently studying in Germany, for his thoughts on pride for the Spanish (or rather Castilian) language. “If you define Castellano (Castilian) as the language as spoken in Spain, without changing a bit of grammar or pronunciation, then we Chileans definitively do not respect it. But if you think of respect as taking the language and using it to express what is inside you, your passions, love, hopes and fears, then the answer is a thunderous yes, we respect it, we love it, we made it ours. And I think that applies to most Latin American countries.

Castellano is not one single language, but a huge linguistic structure which has been enriched via centuries of contact with numerous other vernacular languages. Every single loanword from a native language is used to express things unique to us living between Rio Grande and Tierra del Fuego. Even our lack of respect for some fixed grammatical rules expresses a desire, a uniqueness, a freedom of spirit.”

What an enlightening response. Spanish speakers in the various Latin American countries have no respect for this foreign language that has invaded their lands, but they adore the contemporary language that each country has made into their own. This may well mean that, for us who study Spanish, we have to study the different vocabulary and grammar rules that change after every border, but we get to experience the huge linguistic and cultural diversity that occurs within one great big family of speakers of ‘Spanish’. Does this then make them proud to speak their own dialects?

“‘Proud’ is a complicated word, for it implies a lot of blindness and lack of reflection, mixed with lots of fanaticism. I can say most people [are] happy with the language. We live in a unique region of the world, almost a full vast continent where everybody speaks a language understandable to all neighbours, and that’s a treasure.”

So I don’t imagine that they are as prone to the invasion of English as other countries then, are they?

“I don’t think so,” says Marcelo. “Although many Anglicisms and purely English words are used in media and advertising (which is, after all, a global phenomenon), I think most people are okay with our language. Still, most people would like to master English at least to a basic level, for its obvious advantages in work and travel, but very few people would entirely renounce our language.

In Chile, you see people trying really hard to use English when talking to a lost “gringo” [a foreigner, usually from Europe or the USA/Canada] on the street. Our country still has a very insular mind, forever isolated between an ocean that covers half of the world to the west, one of the longest and highest mountain ranges to the east, so foreigners still exert a kind of fascination or attraction, so it is perfectly concordant to the attitude of being willing to communicate somehow, even with poor grammar or reduced vocabulary. And that is a weakness we have: despite English being compulsory in all schools, the actual level of proficiency achieved by students is really low. A challenge for the future.”

I am glad to hear this. Whilst holding an admiration for their own variety of Castilian, Chileans are making sincere attempts to study English, but do not see it as requisite.

Having travelled around Spain, the case there, on the other hand, seems to be similar to that in France. Having exerted their linguistic influence on the world chiefly since the 15th century, they are proud of what has become of it and endeavour to promote its usage.

To sum up, there seems to be a split between Germanic and Romance languages. Whilst the former seems accepting of English influences to the detriment of their own languages, the latter are stronger and more defiant in face of alien invasion. This could be linked to historical power: France and Spain, just like England, were major colonisers, spreading their language around the world and watching them flourish, which gave rise to pride for their language, amongst other internal factors such as language regulation and the oppression of minority languages in both countries.

Germany (and indeed the Netherlands), however, have had less impact and influence on the world in this respect, so has this then made them yield to the dominance of English? I believe so and I also believe it is a shame as cultural diversity is the most invigorating aspect about our planet. 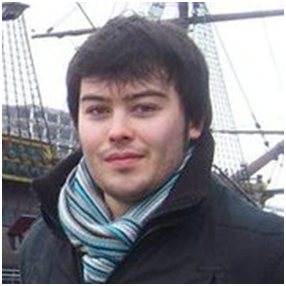 In 2009, as part of a university project, he investigated the extent to which Occitan language and culture is still relevant to contemporary life in Toulouse and the south west of France. He has travelled extensively around the countries where these languages are spoken and has lived in Cardiff, Newcastle, Toulouse, Munich and Alicante. He blogs on his website (http://capital-translations.co.uk/) about matters relating to Western European culture, language and linguistics.

One thought on “Do we respect our own languages? Part 4 (Spanish)”