The Great Eskimo Vocabulary Hoax—or, the myth that translation is no substitute for the original 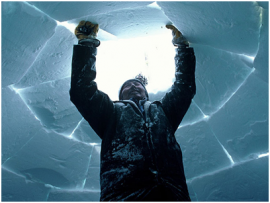 It is a well-known fact that a translation is no substitute for the original. It is also perfectly obvious that this is wrong.

This is how David Bellos begins chapter four of Is That a Fish in Your Ear? a sprightly, yet insightful book that covers everything from debunking the Great Eskimo vocabulary hoax to the myth of literal translation, all while intermingling jokes about Stalin’s bodyguard and the hollow applause of a century of critics who “praise a translation to the skies” when it sounds like it has been written in English.

Let’s go back to what Bellos suggests about the superiority of original over translated texts.

Like most colloquialisms—“Crime doesn’t pay,” for example; or “The truth will out”; or “It never rains, but it pours”—the notion that translation is no substitute for the original has little grounding in empirical evidence. But few of us could say that we’ve never parroted these bits of folk wisdom without watching our nose grow.

Let’s be honest: Will truth always out? Ask the dead. Does it always pour? Ask the London Brits.

Of course, these adages are useful.

Instead, we’re going to lay on them a well-ripened piece of folk wisdom—not because we can substantiate it with science; not because we take it literally, but simply because it is a handy, not to mention, fairly accurate theory of justice.

The same goes for the French class who was caught reading Madam Bovary in English instead of the original French. When the teacher learned what her lazy students were doing, what did she say? “Translation is no substitute for the original,” of course.

What bothers Bellos—and I anticipate folks who call translation their trade—is that millions of readers have been captivated by Let the Right One In, The Girl with the Dragon Tattoo, The Reader, and The Kite Runner without having the slightest inkling that these texts were not originally written in English.

And history is replete with writers who have—whether out of boredom, the need for anonymity, because of censorship, or, as Bellos puts it, “to pander to the public taste for the exotic”—succeeded, sometimes for decades, in passing off their original as a translation or their translation as an original. 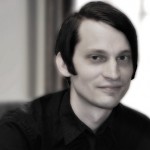 Ryan O’Rourke (rorourk2008@marygrove.edu) is an adjunct professor, writing tutor, blogger, guitar strummer and dog lover. He graduated from Madonna University in 2005 where he received his B.A. in English and Philosophy. After living and teaching abroad in Taiwan, he returned to Detroit in 2006 to complete his M.A. in English from Marygrove College. Currently, he teaches Academic Writing and American Literature; he also blogs for the online Modern Language Translation program at Marygrove College, a Liberal Arts institution in northwest Detroit, Michigan.

6 thoughts on “The Great Eskimo Vocabulary Hoax—or, the myth that translation is no substitute for the original”