4 Courses All Translators Should but May Not Think to Take 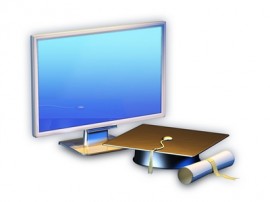 No matter where you are in your translation career, there is always room to grow. Whether you are just starting out or have been at it for years, the act of translation is a complicated procedure, and it is absolutely imperative that you are on top of your game at all times.

While many translators assume that continuing an education in their language of choice is the only preparation they need to further their careers, there are so many more ways to expand and grow as a professional translator, and many of them are as simple as taking one or two intro classes in a subject that you may have never thought to take. Read on for some of the best, and most unexpected, types of courses for translators seeking to better themselves and their craft:

There is a huge amount of translators for whom English in a native language. Maybe they moved to an English-speaking country at a young age or have parents who speak multiple languages. Or maybe they grew up as English-speakers and then lived in countries for many years where a different language was spoken.

If you are a native English speaker and would like to enhance your career in translation, sometimes bringing yourself back to the basics is one of the best ways to really understand the fundamental differences and similarities between how two different languages are expressed. Taking an English class made for beginning English-learners is a great way to re-focus on the grammar, pronunciation, and word usage fundamental to the English language. Upon doing so, you will automatically draw unique connections between English and the language you translate.

Translation often involves a political or business climate. Not only do translators need to be up-to-date on the most recent forms of expression in their chosen languages, it is also helpful to be aware of what is taking place in those countries on a global scale. Taking a class on international relations will put the countries you service, and the people from them, into a better context, and this will only heighten your ability to translate accurately and in a politically correct manner. The last thing you want to do on the job is offend your clients or misread vital information, just because you are ignorant of global affairs and relations.

Communication is expressed in many different forms. From writing in newspapers, magazines and online publications, to cultural discourse through film and television or speeches made by politicians or world activists, the world we live in is filled with messages that come in the form of many mediums. As a translator, your job is to best understand the style of the message, the intended audience, and the medium through which is it to be expressed.

Communication, in its simplest state, is a desire to express a sentiment or piece of information. And, any form of expression can be linked back to a motivation. Understanding what motivates people, on a small and grand scale, is one of the key elements to knowing why they are communicating in a particular way.

In order to translate a statement to the fullest extent, a translator needs to understand the primary goal behind the statement, along with the cultural implications of each and every form in which it could be expressed. Taking a psychology course can help any translator pick up on speech, body language, and environmental and cultural clues that can lead them to produce a much more accurate translation when all is said and done.

Angelita Williams is a freelance writer and education enthusiast. She strives to instruct her readers and enrich their lives and welcomes you to contact her at angelita.williams7@gmail.com if you have any questions or comments.