The Language and Literary Contributions of the Greek Poet Homer 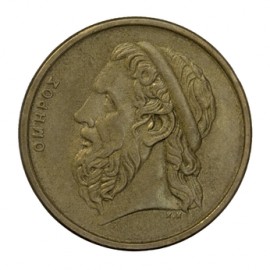 If you have read the classic epic poems Iliad and Odyssey then you are already familiar with the storytelling genius known as Homer. Although there isn’t much known about the life of this man, it is believed that Homer resided in Greece and lived sometime between the 7th and 8th centuries B.C. There are those who believed he was blind, some who believe he was a Babylonian hostage and some who believe he never existed at all.

In addition to Iliad and Odyssey, some believe that Homer is also responsible for other poems from that time. However, it isn’t even definitive if Homer was responsible for Iliad and Odyssey, so the relevance of who created these classical and important works seems to be become quite unimportant in comparison to what they contributed to the study of language, communication and writing. In the end, it doesn’t really matter who created these works. What matters is how they came to us, and the impact they had on society.

Those who have researched Homer’s poems have determined that they originated as oral stories that were told many times over a number of years. Some even think that Homer was a traveling “singer” who went from place to place sharing his poems. Over time, these poems were repeated orally and eventually written down.

There are two thoughts on when Iliad and Odyssey were first written down. Some believe Homer was illiterate and had them recorded by scribes during his lifetime. Others believe that Homer eventually learned how to write and recorded them on his own. Still, some believe that the Greek alphabet did not exist until after Homer’s death, and his poems were not recorded until much later.

Aside from when the poems were first written down, what the poems do tell us is that oral storytelling was as much a professional job and talent in the time of Homer as writing is today. The fact that Homer’s poems were not originally written works also demonstrates the skill required for the oral tradition and the importance of meter in poetry. Today, we see meter as a poetry tool that is used only for rhythmic purposes, giving the poem uniqueness. However, meter was also a tool used by oral storytellers, such as Homer, to help them memorize the content of their story. When you consider the length of both Iliad and Odyssey, it seems impossible that anyone could memorize both stories in full length. However, it is thought that the original poems contained much repetition and used formulaic epithets to maintain the hexameter structure of verses. Both of these techniques helped him to remember each poem.

Iliad is also believed to be the first oral epic poem, which means that Homer was the first of his kind. He paved the way for a style of literature that used the hexameter verse, was expressive and historically descriptive. Homer’s poems were dramatic and fueled by true emotion; not politics, religion or race. This allowed him to captivate his audience and lent a hand to his poems’ continual popularity throughout time.

The allure of Homer’s work even survived a moment in western Europe when Latin was spoken more than Greek. During this time in history, Homer’s works were forgotten for many years. It wasn’t until the 15th century A.D. that his poems began to be read again in Italy. The first printed copies were published in 1488 in Florence, Italy. Since then, Iliad and Odyssey have continued to inspire the world as a style of literature that spurred the growth of formal, descriptive, dramatic and artistic language.

Author bio:
As a freelance writer, Melanie Foster shares valuable information about higher education for students and faculty alike. In addition to regularly contributing articles to www.OnlinePHDPrograms.com, Melanie also writes for numerous other education-related websites and blogs. Please leave any questions or comments for her below.