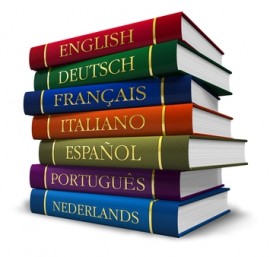 Why is it that some languages sound like they are spoken faster than others? Japanese sounds faster than German, and Spanish is definitely faster than English. The answer is that speed depends on the average amount of information density in each syllable, and the average number of syllables spoken per sound in ordinary speech.

It’s an almost universal truth that any language you don’t understand sounds like its being spoken at 200 M.P.H. — an outburst of unfamiliar syllables almost impossible to pull apart. That, we tell ourselves, is simply because the words make no sense to us. Yet it’s equally true that some languages seem to zip by faster than others – or at least that’s how they sound.

But how can this be? After all, the dialogue in movies translated from English to Spanish doesn’t speed by in half the original time, which is what it should do if the same lines were being spoken at double time. Equally, Spanish films don’t take four hours when they’re translated into French. Somewhere among all the languages must be a great equalizer that keeps us conveying information at the same rate even if the speed limits vary in different languages.

Languages that have simpler sound systems (fewer consonants and vowels, no tones, nasal vowels or other such tricks) tend to require longer words. This is because if you only have eight consonants and five vowels you’re going to get lots of homophones (Definition: each of two or more words having the same pronunciation but different meanings, origins, or spelling). So words have to be longer to remain distinct.

The more data-dense the average syllable has the fewer of those syllables have to be spoken per second — and thus the slower the speech. English, with a high information density of .91, was spoken at an average rate of 6.19 syllables per second. Mandarin, which topped the density list at .94, was the spoken slowpoke at 5.18 syllables per second; each syllable containing a much larger quantity of information, possibly because Mandarin syllables include tones. Spanish, with a low-density of .63, ripped along at a syllable-per-second velocity of 7.82, conveying only a small quantity of information, and contributing just a fragment to the overall meaning of a sentence.

The upshot is that Spanish and Mandarin actually convey information to listeners at about the same rate. The true speed demon of the group, however, was Japanese, which edged past Spanish at 7.84, thanks to its low density of .49. Despite those differences, at the end of, say, a minute of speech, all of the languages would have conveyed more or less identical amounts of information. Vietnamese was used as a reference language for the other seven, with its syllables (which are considered by linguists to be very information-dense) given an arbitrary value of 1.

A dense language will make use of fewer speech chunks than a sparser language for a given amount of semantic information. In other words, your ears aren’t deceiving you: the Spanish really do sprint and the Chinese really do stroll, but they will tell you the same story in the same span of time.

So in the end, we are all saying the same thing. 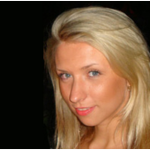 Nina Lizunova is a Language Project Coordinator at Romo Translations, which provides translation and interpreting services in London, for private clients and large corporations that operate in a multinational, multi-cultural business environment. For more information, please visit http://www.romo-translations.com/.

One thought on “Talking Gibberish”