10 awesome reasons why you should learn a second language 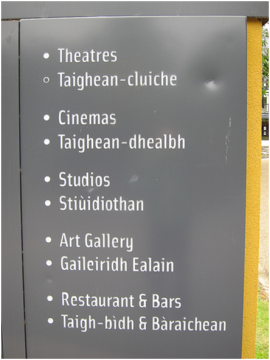 Do you speak any other language apart from your mother tongue? This question is becoming more and more popular among professionals between 20-40 years old. Why should we learn a different language from ours? Is it trendy? Would we get more chances to find our soul mate? Or is it just a reason to become more competitive in the job market? Being bilingual has hundreds of benefits; however the most important reason to learn a new language is that you desire to learn it. In this sense, motivation seems to be the key to the whole process. Once you have decided to have a go within the multilingual world, you’ll love to know these 10 benefits of bilingualism.

Studies have shown that multilingual people have better task capacities. According to a study from the Pennsylvania State University, bilingual individuals become smarter as they get used to working in two different language systems. In this sense, learning another language is also a good way to improve your memory (bilinguals are better at retaining shopping lists and names). This is because the brain is like a muscle that works better when it gets exercised!

2. Learning a third language will be easier!

This is very simple. Once your brain has started working in a foreign language (which involves getting used to different constructions and memorising rules), it will be ready for a third one! This means that you will be more aware of language and you could even develop a better ear for listening. Several experts said that the action of learning a new language can make you better in speaking your mother tongue… It’s all about advantages! 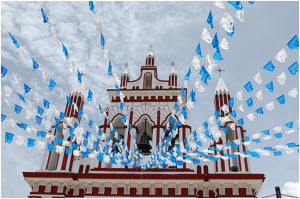 This is one of the most beautiful treasures hidden behind languages. Who doesn’t want to find out more about other cultures and traditions? If you become fluent in another language, you will have the chance to get close to people; You can make new friends and maybe you can find love. But it’s not only about the people, it’s also about the pleasure to read a book in the author’s language and forget about the translations (You can actually feel what he or she felt while he was writing the novel). And of course, you’ll be able to watch a film without subtitles and hear the actor’s real laughter. And yes, that is priceless!

4. You’ll become someone else

It is said that people change personality when speaking another language. Have you ever thought how would you sound in Spanish? This language, for instance, is often related to warm people and physical proximity. This is because once you learn a language you also learn the social procedures of that culture. In this sense, bilingual people in English-Spanish confirm both personalities- It seems that the second one is much more sociable…

5. It can open doors for you in the work market

As companies become more international, there is an important need for employees that are fluent in different languages. From a globalisation perspective, people with language skills are more valuable in the market. The knowledge of more than one language is necessary in most sectors. For instance, the travel sector is one of the most attractive, especially for young professionals. International companies, such as Expedia, offer different types of careers with languages all over the world. Remember: Try to offer what others don’t have.

6. Travelling will be even better! 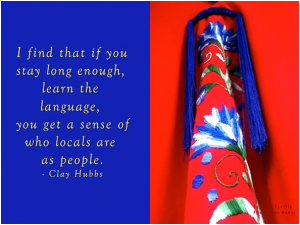 We all know that English is considered as “the international language”, however we also know that it’s not the same going to Italy and speaking to the locals in English as if were to do it in Italian…Wherever we go on a holiday, if we don’t speak the official language of the country we are visiting, we’ll be missing all those little things and secrets that make that destination so fun. Speaking Spanish, for instance, is today incredibly useful for travelling. Have you ever thought of how many Spanish speaking countries you could visit in the world? There is no doubt; you speak the language, you win.

Last but not least: Being able to speak another language will make you more tolerant and less racist. In other words, it will encourage you to be more open to others. And don’t forget that once you can communicate in another language, you will also be able to bring new perspectives to other groups of nationalities and help them to be more tolerant.

It is a fact: Speaking another language increases the chances to meet someone special in our life. Let’s say you have always felt passion for the Japanese culture and the people in that country. Learning Japanese would not be for you an obligation in itself as you would have a real motivation to start learning the language. Image how great it could be to find out that your soul mate is from the country you have always had admiration for! Remember you will also be able to talk to each other without other people understanding you. 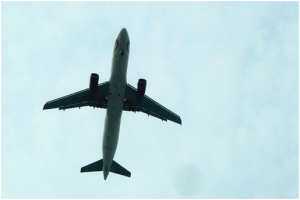 Normally people that decide to learn a foreign language are adventurous in many ways. So why not move to a foreign country once you are able to communicate in a different language? The only thing you will have to be careful with, in case you choose a Southern or Mediterranean destination, is the paperwork. The reason: Language is not enough to deal with administrative offices in these countries.

After reading this, I hope you are now curious to learn a second language and discover the great fun that there is behind it. 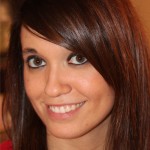 Marta López is a Spanish writer based in London. She loves cinema, travelling and discovering new cultures. When she isn’t writing on her laptop, she is somewhere in London trying to improve her French and teaching Spanish to young people.