How can localization still fail in this day and age? 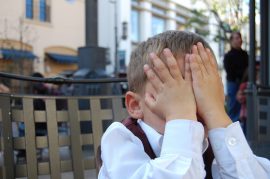 We have more information more easily available than any previous generation. More than 3.2 billion people in the world use the internet. That’s nearly half of the 7.4 billion total information who have almost the whole of mankind’s knowledge at their fingertips. Combine that with the availability of online professional translation companies and it’s hard to see how businesses can still manage to fail when it comes to localization. Yet localization failures remain a current issue for many companies – from the smallest to the largest.

Localization services go a step further than pure translation services. It takes cultural considerations – both historic and contemporary – into account in order to ensure that a document is fit for purpose. The document can be anything from an entire website to a single product name. It’s a service that Gama could have done with when naming its Cemen Dip, as could Batavo when it named its new yoghurt product Batmilk.

Localization fails on product names are surprisingly common. A quick Google search brings up plenty of entertaining results. While to the casual reader these serve to raise a smile, they can be a serious issue for the companies concerned. After all, would you fancy trying Pee Cola?

Loss of revenue is one issue for companies who fail to localize their translations. Reputational damage is also another risk. Nintendo’s name was dragged through the mud just last year in Hong Kong, when it failed to take local sensitivities into account with a Pokemon release.

Nintendo opted to use the Mandarin version of its Pikachu Pokemon character’s name (‘Pi-ka-qiu’) for both its Mandarin and the Cantonese language offerings. Previously, Pikachu had previously been referred to as ‘Bei-kaa-chiu’ in Cantonese. However, what Nintendo (presumably) saw as a way of simplifying its character name created an unexpected backlash.

What the huge gaming company failed to take into consideration was the local concern in Hong Kong that Cantonese, which has been Hong Kong’s de facto official language for decades, is being lost to Mandarin. Nintendo’s decision was made at a time of heightened linguistic tension in Hong Kong over the encroaching use of Mandarin. The sudden appearance of protestors outside the Japanese embassy in Hong Kong served to hammer home how unfortunate the lack of localization really was.

The path to localization failure

One can, perhaps, understand a failure on the part of small companies to localize if they are new to selling the products and services overseas. However, it is hard to appreciate how businesses with sizeable resources at their disposal can make such errors. Specialist localization services are available from most reputable translation agencies and engaging these services costs little more than paying for pure translation. As such, one wonders how localization fails can still be allowed to take place.

Of course, a cynical view might be that some localization fails may actually be contrived in order to generate publicity. After all, would customers have taken such a keen interest in Starbucks’ lattes when the company launched in Germany, had the company used a German word to describe its milky coffees? Instead, the use of the Italian ‘latte,’ which means ‘pole’ in German and is a slang term for an erection, led to a whirlwind of discussion about the coffee chain’s new offering. Localization fail or viral marketing genius? Sometimes there’s a very fine line between the two!

In most cases, though, localization fails are not good news for a business. Not only can they lead to loss of income and customer trust, they can also mean additional costs for the company concerned. HSBC reportedly spent a staggering $10 million replacing its tagline around the world after its ‘Assume nothing’ tagline was taken to mean ‘Do nothing’ in several countries back in 2009.

In reality, the sheer size of the global population means that it can be difficult for a company to ever truly be certain that it will avoid a localization fail, despite the availability of online resources. However, using a decent localization company is certainly a good starting point!

7 thoughts on “How can localization still fail in this day and age?”