Can working fewer hours make you a better translator? 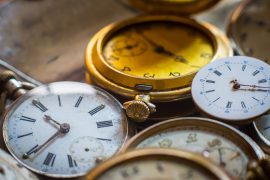 Anyone who has worked freelance for a while will be familiar with natural ups and downs of the freelance workload. Clients somehow seem to be in sync with each other – if one needs a big project completed urgently, two others are bound to come along with equally unrealistic deadlines. Of course, this is balanced by those periods when all clients seem to go quiet at once – but rather than taking the chance to relax at that moment, most freelancers simply devote more of their time to worrying about their future income.

For many freelancers, the answer to coping with particularly busy periods is to work longer hours. In some situations, this really is the only solution and this will likely remain the case unless laws like the European Working Time Directive are somehow magically enforced for freelance workers. However, pushing yourself to work ridiculous hours on a regular basis could prove to be a flawed strategy. Here’s why.

The decline of productivity and focus

The study concerned employees, but its findings can easily be reflected in the freelance workforce. We all know that feeling of wading through treacle after having put in a series of long days – the mind loses its usual sharpness of focus and tasks end up taking far longer than they would usually do. Indeed, research by David Rock, co-founder of the NeuroLeadership Institute, has revealed that the average person is truly focused on his/her work for just six hours per week.

Complementary research by Professor Gloria Mark of the University of California, Irvine, has found that we interrupt ourselves 44% of the time, regardless of any phone calls/emails/social media updates that might clamour for our attention during the working day.

The human mind actually has the ability to focus solidly on a task for around two hours. After that, it requires a 20-30 minute break in order to refresh and regain the ability to focus intensely. As such, if we remove all potential distractions (other than ourselves!), we can work far more productively by focusing solely on the task at hand.

It may sound counter-intuitive to suggest that naps and holidays can make freelancers more productive than working long hours, but there’s a growing body of evidence to back up these ideas.

When it comes to naps, research from the University of Pennsylvania has found that a short sleep in the afternoon can boost brain performance to the level of someone five years younger. Thinking and memory skills both improve as a result of regular afternoon naps. As such, a freelancer who naps for 20 minutes after lunch each day can actually have a more productive day than one who spends that time working, due to the napper’s enhanced mental agility.

Meanwhile, an internal study by EY found that workers who used more of their annual holiday allowance did better in performance reviews. For every 10 hours of holiday that a worker took, they scored an average of 8% higher in their reviews. There was a clear link between taking time off and providing a better performance. Again, it’s easy to see how the same findings could be mirrored for the freelance workforce.

Every freelancer has their own routine, which they have established over time in order to balance earning enough money with keeping clients happy and still having a personal life. However, for those who routinely work long hours, it might just be time to rethink that routine using scientific studies as a guide. After all, who wouldn’t want to achieve better outcomes by working fewer hours?

Louise Taylor is the content writer of the Tomedes blog and the content manager for translation agency Tomedes. She writes on anything and everything related to the translation industry, from the importance of human translation to the latest industry trends.

One thought on “Can working fewer hours make you a better translator?”