How Social Media is Changing Language 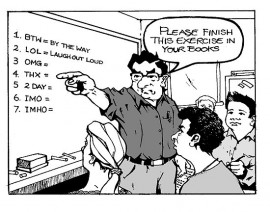 There can be no denying that social media has a significant impact on the ways that we communicate. Its ever-evolving nature leaves our language in a continuous state of alteration and regeneration. Facebook, for example, as one of the leading social media platforms in the world, has made itself a near necessity for connecting with loved ones, friends, colleagues and acquaintances around the globe. With over 829 million daily users, according to Facebook’s newsroom, it has transformed our ability to stay in touch with those who would otherwise be out of reach, and it has allowed its users to have a closer tie with a growing number of people who share common interests and backgrounds, thus producing a social network far beyond anything we could have ever imagined.

The influence of these social media sites and platforms on our language, then, is a true phenomenon. It has managed to alter our vocabulary, increase the number of communications we have every day and the speed at which we have them, and leave us feeling a newfound responsibility to remain connected with the world at large.

Here’s a closer look at how and why this is happening.

Social media impacts our language by altering the meaning of some of our vocabulary. Let’s take Pinterest, for example. Built to allow its users to mark and sort interesting, new ideas, the social media platform has changed the way we view the words “pin,” “pinning” and “pinned.” We know these words to be representative of a physical pin with which we are able to pin a project or paper to a corkboard. Here, in the online world, “pinning” is descriptive of a similar concept, just to a board that only exists digitally. We then hear our social media cohorts saying things like, “Check out my pin,” or “I was pinning this morning while I had my coffee.”

Just as social media alters the usage of our language, so, too, does it introduce new usage and vocabulary. With the need for quick and succinct language and communications online, full verb phrases have become common acronyms that are now used in everyday settings and not just online. Phrases such as “rolling on the floor laughing” or “talk to you later” are quickly changed to “ROFL” or “TTYL.” These short acronyms creep up in everyday language, proving that sometimes words, when put together, can make you “LOL” or “laugh out loud.”

Social Media Increases the Volume and Speed of Daily Communications

With the introduction of verb-phrase acronyms in modern technology, daily communications are able to cut down on the number of words and characters used to accurately hold a conversation. This means that we are able to more efficiently communicate and with greater speed. As these conversations happen at an alarming rate, the volume with which we are sending out communications has also increased.

Some of the more popular social media sites limit the number of characters you can use in a post. Twitter, for example, limits the “Tweet” to 140 characters, thus pushing its users to become more adept at saying what they want or need to say with fewer words.

As communications become quicker and make a growing number of people more accessible than ever before, the responsibilities and expectations of having those communications increase. Think of the many different groups of people that we connect with on a daily basis. As our ability to reach members of groups who are thousands of miles away increases, so, too, does the requirement to keep in touch with as many group members as possible. What used to be limited by distance, thus making a very limited circle of people, now contributes to a very complex social and professional sphere.

It’s a matter of fact that social media is transforming the way that language is looked at and used. Its hold over language usage is evident in the amount of communications we have daily, the number of people with whom we communicate and the nature and style with which we choose to communicate. As technology and social media continues to advance, there will surely be more language-altering shifts occurring. 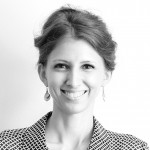 Kate Wilson is an avid reader and writer of all things language.  Since completing her studies in English and Modern Standard Arabic, she has continued to exercise her passion for language through her blogging.  You can read more of her writing on her blog at JetFeeds.com, where she writes about everything from foreign language acquisition to urban gardening, or follow her on Twitter @kateowilson.

5 thoughts on “How Social Media is Changing Language”