Do we respect our own languages? Part 2 (German) 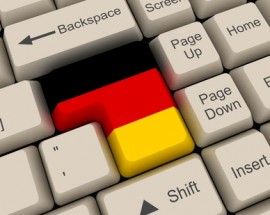 In Part 1, we learned how many native speakers of English are proud of their own language after studying the intricacies of it whilst many of those who haven’t at least feel content that the world is speaking their language. What is the attitude of Germans towards their language?

With German, it’s tricky, as Georgina Tetley points out, a native German speaker with a degree in translation, who has been working as a translation project manager in the UK for 4 years. So, do Germans respect their language or would they rather converse in English?

“I think as it depends on the generation you’re asking. I think the older generation will cherish their language more than the young ‘uns 🙂 Members of the third generation did not learn English at school as standard, nor was there much exposure to it through media. Fewer people had tellies and the ones that had radio would listen predominantly to German music as it was most common. These people, I think we can assume, will have great respect for their languages, especially as in their school days teachers were authoritarian and made sure pupils actually learnt something.”

Well this makes sense. Germany was experiencing somewhat of a cultural renaissance in the Twenties, quickly followed by the rise of the National Socialists, both giving rise to national pride, albeit in very different ways. But how do Germans feel these days?

However, Georgina tells me that things have since changed. “Today’s young generation [ …] has had extensive exposure to the English language both at school as well as through media. They start learning English from the age of 11 at the latest until they leave school which will be from 16. They are quite able to converse in English but naturally prefer to speak in German as it’s less hassle. English has become much cooler for them through the influence of IT, Radio, TV and probably even social networking etc.

A form of Denglish is the result of this development and it’s as we say, in aller Munde! Everyone speaks [English] and everyone understands it. I feel there is relatively little respect left for the German language. It’s almost as if it has been demoted to a mere means of communication rather than a piece of cultural heritage that should be looked after and cared for.”

This was disappointing to hear and made me feel as if my career choice was redundant. Moreover, it made me wonder if Germans feel any sort of pride for their linguistic heritage. Depending on the language, I believe some are proud to speak their own language, but most are probably indifferent.

“I don’t think you speak a language because you are proud of it,” says Georgina. “You speak it because there is a need to communicate in an effective manner in your own environment. Whether you are proud of it or not makes no difference as you still have to use it on a daily basis.

Also, on a political level, combining the terms “pride” and “German” in one sentence can be a bit iffy. While the young generation probably won’t make that connection too readily it might well be very present in the minds of the older generations.”

This took me back to my A-level project on German pride that happily coincided with the Football World Cup in Germany, which established that the event did somewhat rekindle a feeling of national pride in Germans, who have been reluctant to wave their flag since the Second World War. It turns out that Germans feel increasingly more at ease to express their national identity, but it seems a shame that just as this renaissance is occurring, German are effectively patronising their own heritage by influencing their language with English.

Parts three and four will look at the situation with French and Spanish.

In 2009, as part of a university project, he investigated the extent to which Occitan language and culture is still relevant to contemporary life in Toulouse and the south west of France. He has travelled extensively around the countries where these languages are spoken and has lived in Cardiff, Newcastle, Toulouse, Munich and Alicante. He blogs on his website (http://capital-translations.co.uk) about matters relating to Western European culture, language and linguistics.

4 thoughts on “Do we respect our own languages? Part 2 (German)”